Santa is weaving his way through Asia and Indonesia still at this hour. We just received reports that Santa has been to Jakarta. News coming soon from Santa’s Stables. 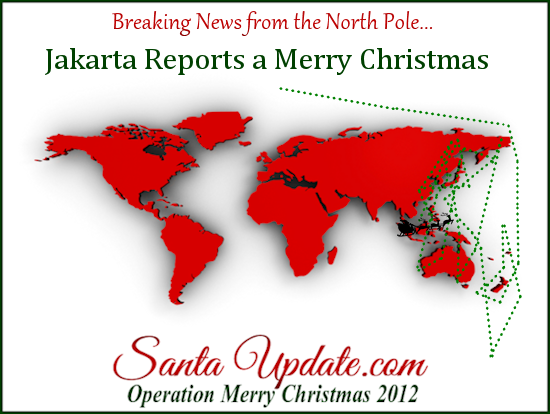 Kids in these places should be in bed by now:
Barents Sea
Northern Russia
Caspian Sea
Oman
Iran