Santa continues to visit all over South East Asia and Indonesia at this hour. But there are big events coming up soon. There has been a lot of activity the past hour and a half. Lots of radio calls going back and forth. Santa’s Spotters placed by Elf Agent X and Santa’s Secret Spies from all over the world have been sending in multiple reports for Santa…and as a result Elf Agent X himself left the North Pole on the last of the dark sleighs I told you about last hour. Also, Elf Victor is leaving soon with another relief crew of reindeer — ALL GIRLS on that team. Lots going on here at the North Pole. 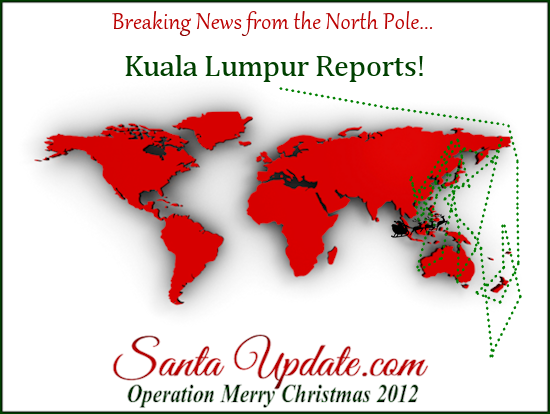 Kids in these places should be in bed by now:
Egypt
Mogadishu
Barents Sea
Northern Russia
Caspian Sea