Santa is in the North Atlantic visiting the ships at sea that he finds there. He especially loves to deliver to cruise ships. He told me a story of hovering his sleigh near the balcony of a cabin on a cruise ship so he could make a delivery. He considers cruise ships one of his biggest challenges every Christmas because there are so many people so close together in one spot. He has not been caught yet! 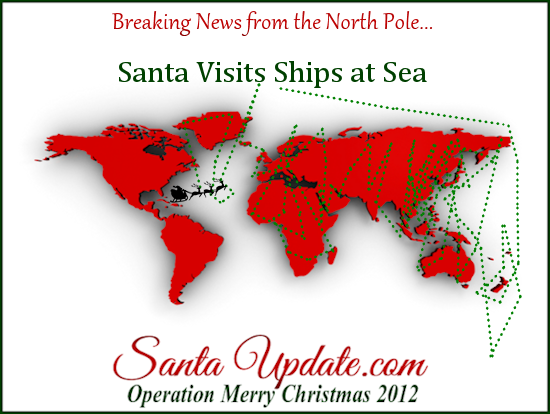