It is summer time in Brazil and Santa is flying without his coat on. Recife, where the temperature right now measures at a balmy 80 degrees, has reported a Merry Christmas, the first Brazilian City to do so. 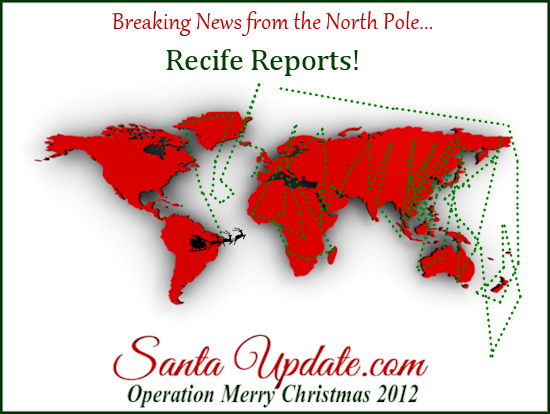