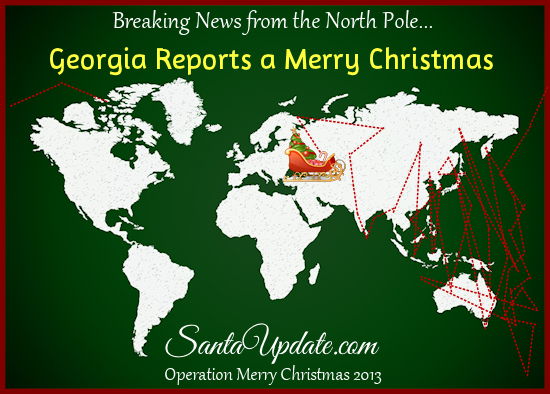 Hearts are merry in Tblisi at this time as Santa has arrived there in the past few minutes. And yes, the sleigh was repaired in Murmansk. So that issue is taken care of.

As we reported a little while ago, Europe got all excited to see Santa so close. But Santa tells us that he expects to visit Europe “later rather than sooner”. That is leading trackers here at the North Pole to speculate that Santa will be focusing a lot of time in the coming hours to Africa.