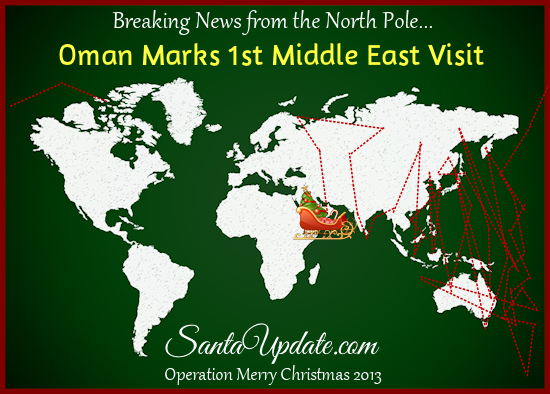 Santa is making great time, heading south to make his first visits to the Middle East. We are receiving reports from Oman that Santa has already delivered there.

Santa has also been on the phone recently with some of us discussing his coming visits to North and South America. What is being discussed is a delay of a couple of hours, perhaps a stop over in Greenland where Santa and the reindeer could rest. Santa is making such very good time that he’s actually moving along too fast and he doesn’t want to risk actually delivering in the Americas on Christmas Eve…he wants to be there “well after midnight local time”, is how he put it.