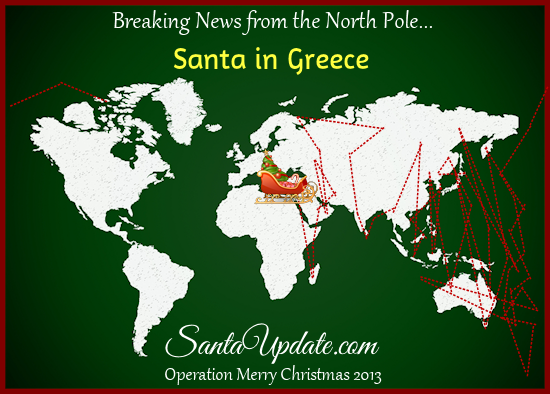 Santa has turned west and now we have happy reports coming from Greece of his visits there.

Meanwhile, about those high-level communications with the governments of Eastern Europe — we have learned that Santa is requesting “high speed” air space access in those countries mentioned earlier. Santa is planning to visit there very soon and very, very fast. Evidently this means clearing the skies of all other aircraft, which usually shouldn’t be a problem on Christmas morning. We’re not sure why Santa wants to get through Europe so quickly but you can expect to take him at his word.