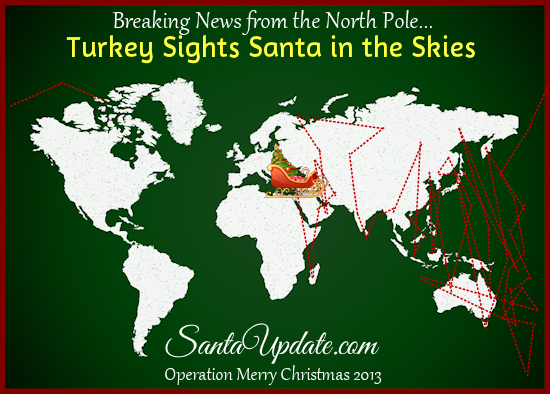 For Santa, visiting Turkey is like coming home. Santa’s early life was spent in Turkey and he remembers that time with fondness. He is very popular there.

Specific bedtime warnings are not unusual but this one seems especially curious: kids in Maldonado, Uruguay are urged now to get to bed. Santa doesn’t say why. He just says it would be a good time for kids there to go to sleep.