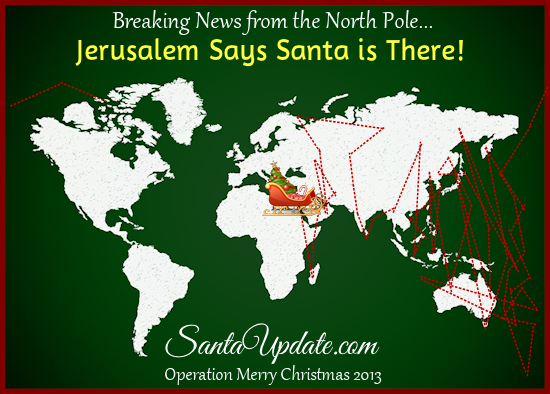 Santa Claus is in Jerusalem at this hour and yes, he plans to make a stop in Bethlehem in the next few minutes. He won’t be there long but he likes to visit the Church of the Nativity there. It is one of his favorite stops each Christmas.

Meanwhile, the North Pole is communicating at this time with the governments of Germany, Switzerland, France, Austria, Finland, Poland and Romania. We’re not sure why this would be necessary but something appears to be of concern. We will try to find out what it is.

The first bedtime warnings for South America have now been issued. I cannot believe we’re already at this point in Santa’s flight.