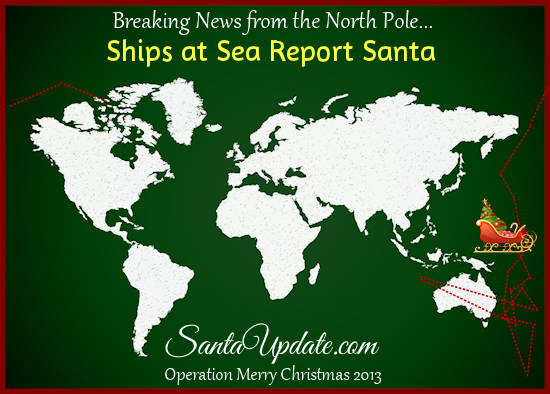 As expected Santa has finally turned north. We are receive reports from remote islands and ships at sea in the Pacific as Santa heads to north to cooler air, likely to give the reindeer a little bit of a breather.

Santa says the reindeer are doing fine. He’s talked to them and they do not want to stop to rest. They are eating well and drinking lots of water.

Data from the Tracking Center suggests that Santa is a little ahead of schedule so far this year. That blows the theory that Santa would be making later deliveries because he is using an older sleigh. We’re not sure where exactly Santa will be headed next, as he has several options.

Wherever it is, we will keep you posted.