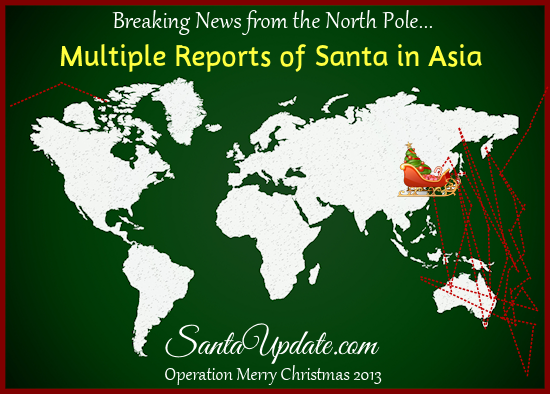 Santa has zigged back north, visiting Hong Kong and Taiwan, two very populated places where he enjoys immense popularity. The sleigh and the reindeer appear to be in very good condition.

Sleigh technicians have spent the last few hours working on Gracie, while Santa has been in flight with Gracie 2. It appears that Gracie will return to service later in Santa’s flight. That is a bit of a surprise to folks here at the North Pole as all assumed that Santa would stick with the newer, faster sleigh. But Santa has said the old sleigh was more comfortable and he wants it back.