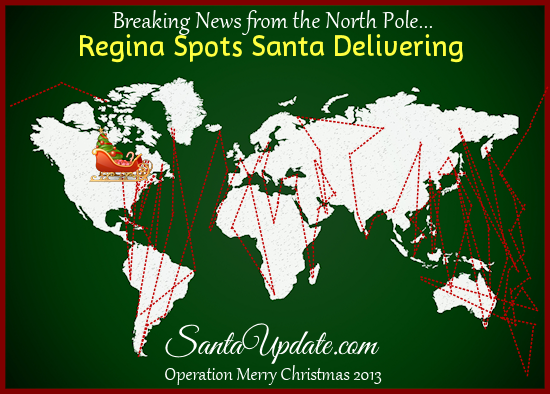 They could not see him in Columbia but in Regina they can — exciting reports are coming in now from folks living there who say they witnessed Santa make a roof-top landing that they call nothing short of spectacular. It was a small house that was barely long enough to hold Santa’s sleigh and reindeer, yet Santa circled the house, hovered for a moment above it and then made a perfect soft-touch landing that nobody in the house could have noticed. A local spotter claims to have video of the landing and we’re hoping to have that available for you later.