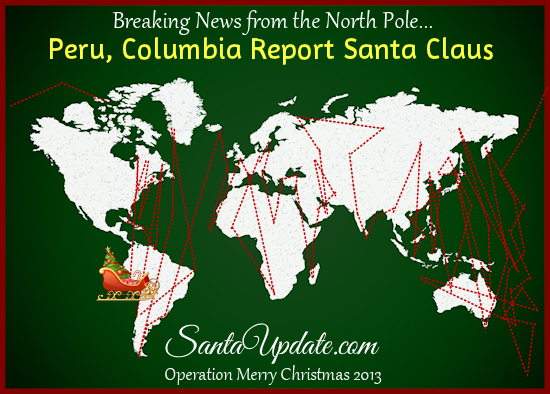 Continuing with the pattern he has kept the entire flight Santa has rotated back towards South America and now reports are coming in from Botota in Columbia and from Lima in Peru that Santa has been there in the past few minutes. Spotters there report seeing streaks of light in the sky and hearing the jingling of bells but nobody there is claiming to have actually seen Santa. However, we can tell Santa has delivered from the thankful emails we are already receiving from people waking up to Christmas morning there very, very early. (Some folks just can’t wait).