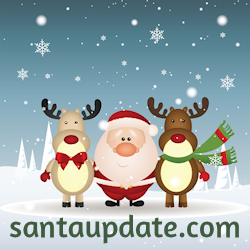 Chaos has erupted in Santa’s Workshop as supervisors there don’t want to stop working. They are still behind there and the supervisors are upset that elves have been called to “launch positions”, effectively shutting down the workshop.

Right now as I type this elves are being mobilized into shuttles and are being taken to an enclosed grandstand located more than a mile from Santa’s Stables, the traditional launching point of Santa’s sleigh.

If this is a sleigh launch it is very different. The grandstand is NOT outside, like it usually is – everything is enclosed behind safety glass. It is warm and there is an abundance of food there.

Elves are confused though. They don’t know what is going on. The elves in charge of this new grandstand keep telling the people to remain calm and that everything will be alright.

Santa has made a video that is being broadcast right now over North Pole television, giving all elves instructions and telling them that this is all part of his plan for Operation Merry Christmas this year, even though most don’t know what is going on.

This is all so very odd.

Coming up next: Santa’s Workshop Presses On

Where it is Christmas Eve now: Murmansk

Listen to Elf Mitch explain how different this history making event might be: