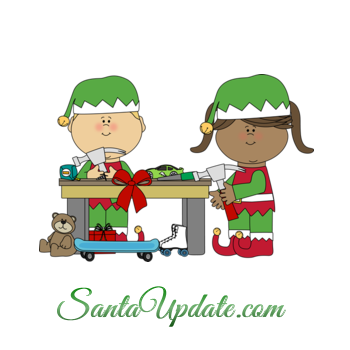 We had an interesting moment the other day over in Santa’s workshop.

Elf Grumbles, head of safety at the North Pole, was holding his annual Safety meeting in Santa’s Workshop.

Santa takes safety pretty seriously because he does not want any of his elves hurt while they are working.

Elf Grumbles teaches us how to use tools safely and how to work in a way that won’t cause us any harm.

He was demonstrating the proper use of matches and fire because we use a lot of candles in our jobs here at the North Pole.

But a funny thing happened. He lit a match to light a candle and just the smoke from that one little match set off the smoke alarm. Everybody laughed but Elf Grumbles cautioned us, “Don’t laugh! Where there is smoke, there is fire and we should take it seriously.”

While he was telling us that the candle he had just lit was placed on the end of a table …. near a long curtain….and it caught on fire.

Just like that the sprinkler system in the workshop was triggered and elves scrambled to put out the fire and turn off the water.

In the end, nobody got hurt and everything cleaned up just fine.

It was probably the most effective class on safety Elf Grumbles has ever taught us.

I think we will ALL be a lot more careful from now on.