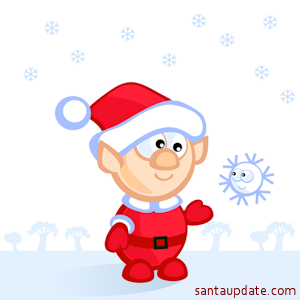 Elf Billy’s weather forecast was accurate: the blizzard warning for the North Pole predicted it would hit at this hour, more than 60 minutes after Santa was scheduled to leave. But Santa is still here on the ground and if he takes off in the next few hours he’s going to have do it in the face of blinding snow.

“It really is not that big of a deal, especially for the North Pole,” Elf Quinton told me. “Both Santa and the reindeer fly in snow all the time. It will just be a little hard to see him take off, that’s all. But Santa actually will get above the storm in a hurry and he’ll be fine.”

Indeed, the world tends to get more concerned about the weather than Santa usually does. He flies around or over storms for the most part. The only concern for him is landing in bad weather and that’s only because he doesn’t like to mess up his hair.

We’re still waiting for signs that Santa is taking off but it doesn’t appear to be happening any time soon.

Kids in New Zealand Urged to Go to Sleep