Santa is again up near the artic circle in Northern Russia visiting coast fishing villages and military outposts. We are hearing radio reports in the tracking center of communication between his sleigh and the sleigh Mrs. Claus left on just a short time ago. Apparently Santa will be stopping soon to lunch with Mrs. Claus.

When that news flashed on monitors carrying information in Santa’s workshop I heard the elves over there send up a little cheer. Elf Bernard is embarrassed being so far behind but he continues to blame the late work orders he received from Santa for the problem. Santa told him not to worry about it and to just do the best he can but Elf Bernard still feels responsible. 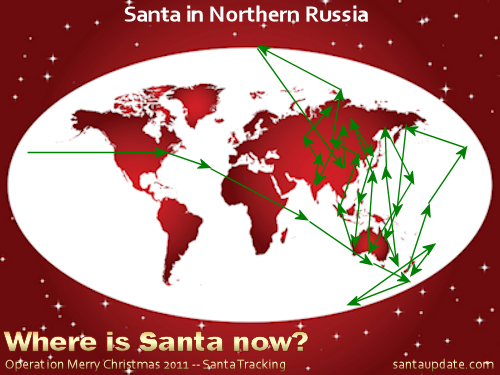