Blaming it on a bad setting on his watch, Santa flew over the Brazilian city of Recife and suddenly realized he was there too early. There were too many lights on, too many cars on the road, too many folks playing in the yards and out on the streets (it is the middle of summer there). So Santa has headed south for…somewhere. 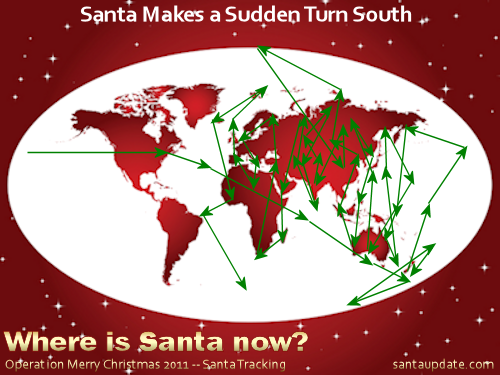