Santa continues to work the South Pacific, having turned south yet again. Australia awaits anxious for Santa to visit.

Elf Agent X reports that Santa’s Secret Spies there are reporting possible dangers for Santa from all over the country. From high surf, to hot temps, to roof problems to yard decorations and suspicious folks who might not care for Christmas lurking around the reported dangers are many. Santa thanks all for the contributions. 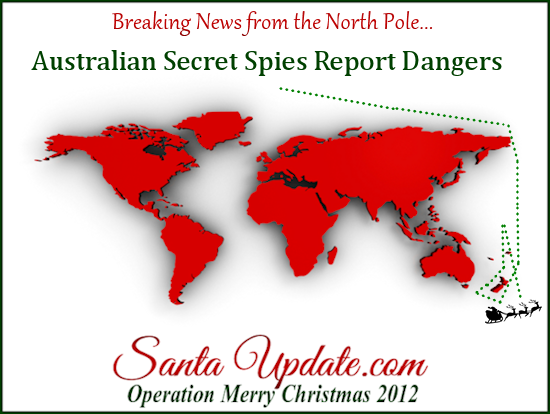 Kids in these places should be in bed by now:
Taipei
Japan
Hong Kong
Seoul
Western Asia
Vladivostok