Captains of several ships at sea in the South Pacific are reporting that Santa has visited them. We don’t know exactly how Santa delivers to a boat. But he does.

And the sailors working these ships are very grateful with what they receive. The folks can be at sea for months so things like books, magazines, newspapers and movies are really appreciated. St. Nicholas, you know, is the patron saint of sailors. 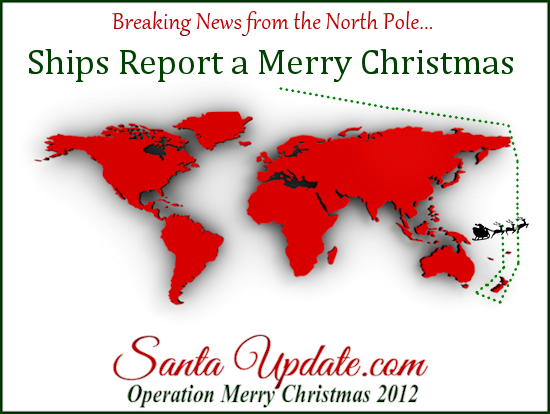 Kids in these places should be in bed by now:
Hong Kong
Seoul
Western Asia
Vladivostok