As the world awaits news of Santa’s first visits of this Christmas season we are receiving happy reports of Christmas Eve parties all over the world.

From Asia the past couple of hours we have received emails from folks who have read “A Visit from St. Nicholas” with their kids before sending them to bed. In China, folks all over are enjoying good food and great company. We even have had a report from servicemen serving in the Middle East saying they are tracking Santa with us as part of their Christmas Eve celebrations. Thank you!

Christmas Eve is just as big a day as Christmas for a lot of folks. Up here at the North Pole our party is underway right now too. I am told that the world largest game of Yahtzee is being organized and that, so far, no food fights have been reported.

As for Santa, he seems to be zeroing in on New Zealand at this time. 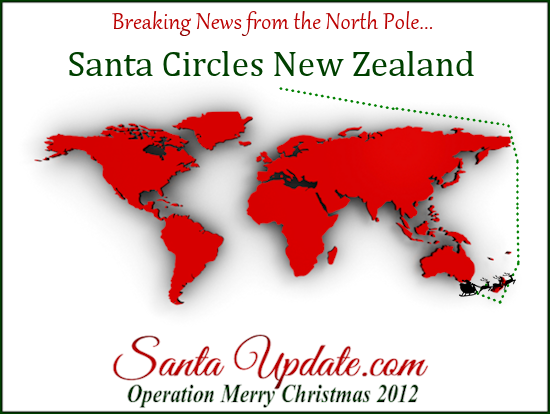