Santa is still somewhere in the skies of the South Pacific. The world awaits news of his first visits.

Santa does have a crew of elves with him aboard the sleigh (not a lot of people know he does that). I just received a text from Elf Hannah who tells me that Santa is concerned about kids getting up too early today in America. Kids in that part of the world really, really like to track Santa Claus.

I checked our web server and, sure enough, we are getting a lot of traffic from the USA especially.

Guys: you need your sleep. This is going to be a long, long day. You should be ready for Santa tonight. So sleep in a little today! 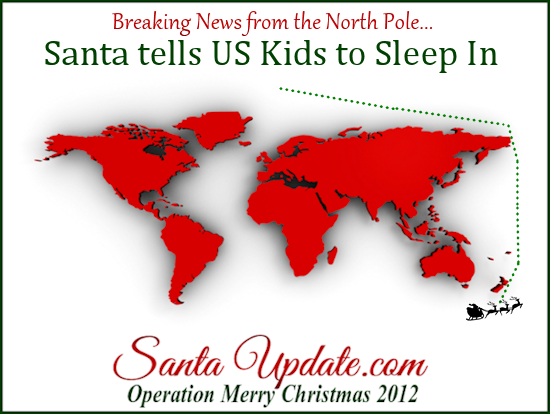