Santa flew over several island areas of the South Pacific a few minutes ago and he reports that some Samoan farmers have set their fields ablaze to light the way for him.

“They do that almost every year,” Santa said. “I think it is the coolest thing in the world. Samoa lights up like almost no other place on earth for me.”

The fires are actually a part of the farming process. They sugar cane fields have all been harvested and the residual is burned to prepare the fields for new planting. So it helps the farmers out too. 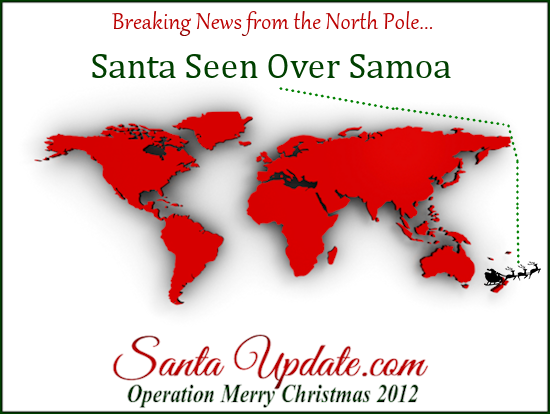