All over the tiny island nation of Iceland hearts are merry as reports are streaming into the North Pole at this hour that Santa has been there. It is at this point in Santa’s flight where he usually takes a long break. It seems kids in North America especially have a hard time falling asleep on Christmas Eve. I wonder if Santa will have to wait them out this year? 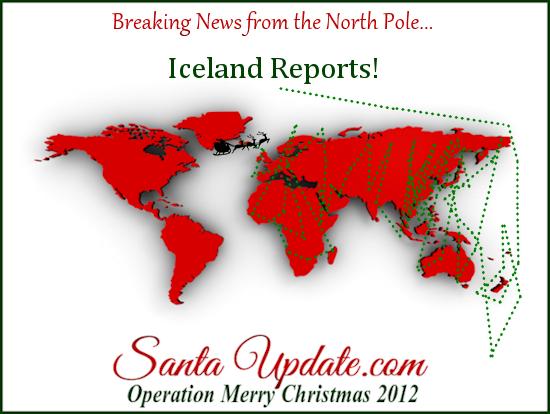 Kids in these places should be in bed by now:
All of Eastern Canada, USA, Caribbean Sea, Brazil, Venezuela
Toronto

London Has a Merry Christmas Santa Returns Briefly to the North Pole!
Scroll to top