Santa is moving very, very quickly. More reports are coming out of Australia — Hobart and Darwin have reported. So too has Perth. Santa has worked his way back North to the East China Sea. 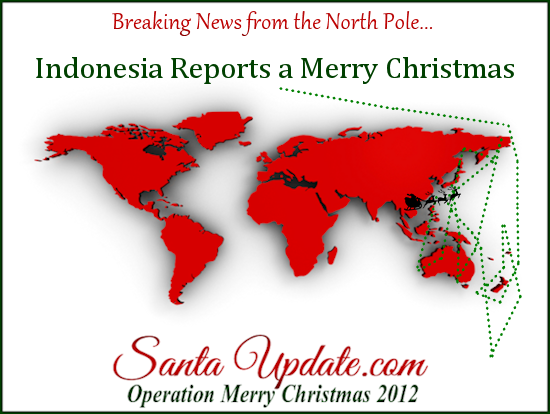 Kids in these places should be in bed by now:
Afghanistan
Pakistan
All of Asia