Santa is island hopping at this time, visiting huts and homes alike as he moves from island nation to island nation in Polynesia.

Folks all over western Asia have now gone to bed. Japan, China and Korea all are watching the skies for Santa. We’re not sure where Santa is headed next. 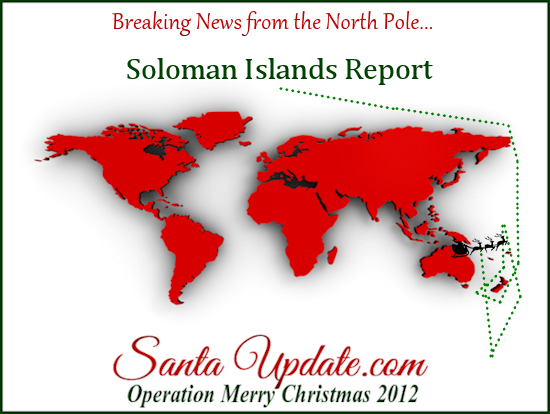 Kids in these places should be in bed by now:
Singapore
Jakarta
Taipei
Japan
Hong Kong