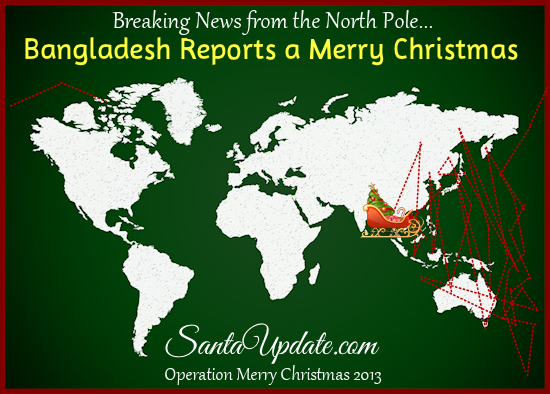 Santa has moved south to Bangladesh as his Christmas flight continues. The C-team is now powering the sleigh and speeds are once again at a high level.

Meanwhile, at the North Pole it appears the work of the Workshop and the Wrapping Department was completed finally in the past hour or so. Elves there are beginning to clock out and head on over to the Claus residence to join the North Pole Christmas Party.

All shuttle sleighs have left the North Pole and will catch up with Santa in route to other destinations. That means the production work of the North Pole for Christmas 2013 is complete. It is all in Santa’s hands now.