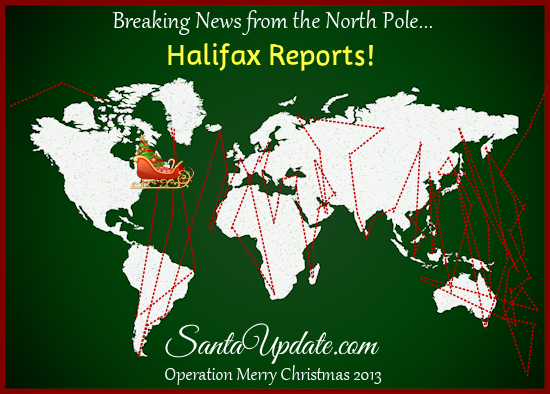 Hearts are cheering and folks are celebrating the first Canadian visits of Santa Claus in the past few minutes. We have received confirmed reports of Santa Claus having made deliveries in that port city. Spotters there likewise confirm sighting Santa in the skies above the harbor. We are sure other Eastern areas of Canada are soon to follow.