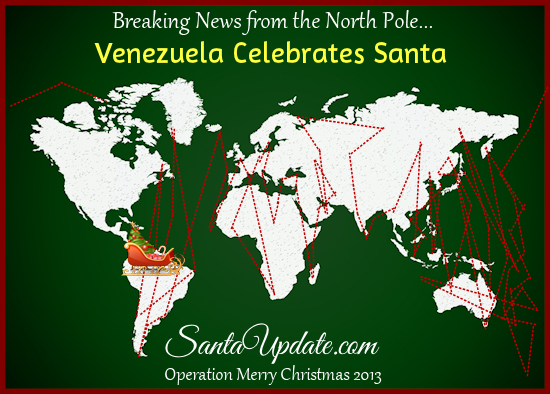 Santa is taking a controlled approach to South America, methodically moving with the time zones and carefully bypassing the U.S. East Coast and Caribbean nations as he once again makes hearts merry in South America. Knowing how late folks can stay up in eastern portions of North and South America Santa is wisely visiting the areas most north and most south from each other while he waits for the more populous areas in the middle to get to bed. More news to come. Stay tuned.