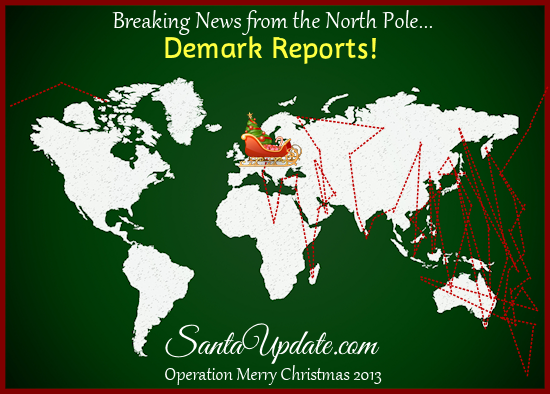 Kids in Denmark must be very obedient — Santa is there and delivering right now! They must have been to bed on time. Santa just told me he wouldn’t be caught in France right now for all the tea in China. That’s because a lot of French kids are still not in bed and Santa doesn’t like it one bit.

It is interesting to note that Santa has skipped over a large portion of Eastern and Central Europe.