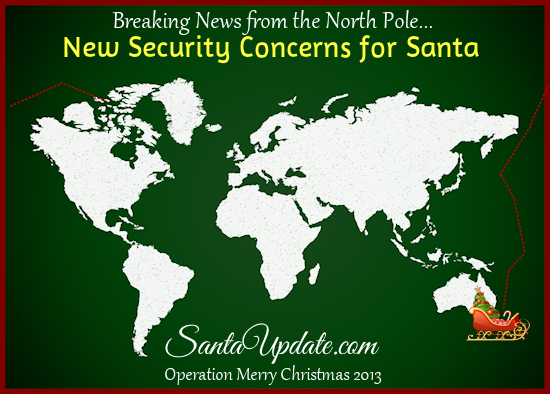 Word out of the Tracking Center is that Elf Agent X is asking for more secret spies for Santa in Asia. He just doesn’t feel he has enough trustworthy information for Santa to operate safely there. If you live in Asia and can be an elf, now would be a good time to sign up.

“We have had a series of weird letters,” Elf Agent X explains, “More than usual, I would say, from groups claiming to want to kidnap Santa and prevent him from delivering in certain parts of the world. They won’t be able to catch him, of course, Santa is just too fast. But we want to make sure they won’t be able to get close to him.”

Sounds kinda scary. We will keep you posted.