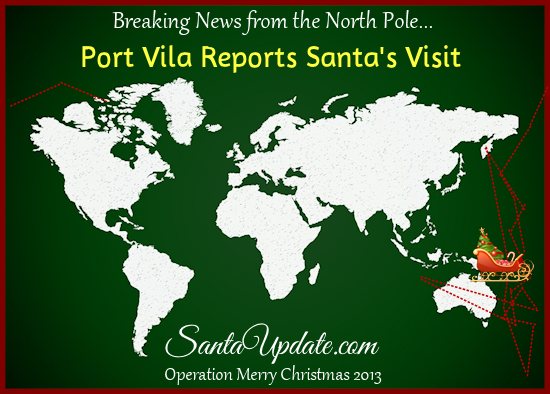 Like a shot Santa has returned to the South Pacific and is in Port Vila right now, just south of the Soloman Islands and north and east a bit of Australia.

“This looks weird on a map,” Elf Quinton admitted, “But it is a smart strategy. Santa knows who is asleep and who is awake. As the world has learned to track Santa some kids just get so excited that they cannot sleep. So Santa has to keep things unpredictable. That’s why we suggest that folks follow our Santa tracking because only those of us at the North Pole really know the story of Santa’s flight.”

Santa is reporting a little reindeer fatigue and is arranging for a back up crew to meet him soon to give his A-team a rest. They have been in flight for about six hours so it may be time for a change.