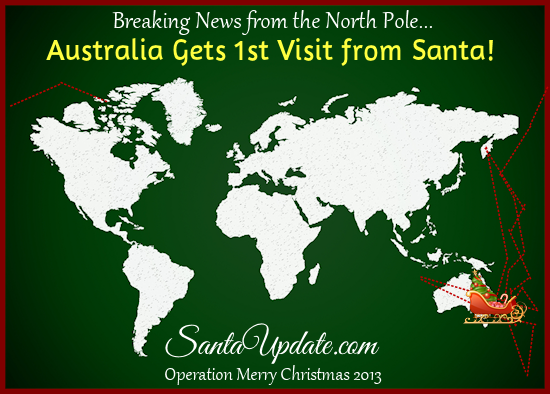 We are receiving lots of reports from Sydney, Australia that Santa has been there. In fact, all over the east coast of Australia we have unconfirmed reports coming in of Santa’s merry visits.

According to my historical charts here in the newsroom I would say that Santa is getting to Australia a bit earlier this year. Santa has to be tracking himself ahead of schedule because I don’t see that he has been to Australia this early before.

Meanwhile, Santa is sending urgent requests for most points in the Far East to get to bed. It appears Santa wants to go even faster.