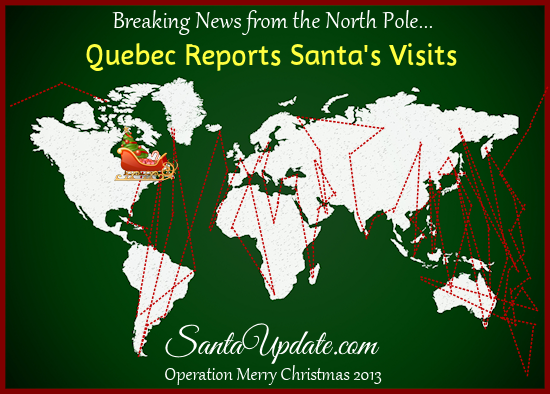 Santa has ventured far north where the air is cooler and there is some snow on the ground — Quebec is reporting a Merry Christmas at this hour. We are receiving reports that the sleigh sustained a little damage thanks to a tree that Santa claims “was not there last year”. Santa says it is just a scratch and that a repair team from the North Pole does not need to be send out at this time.