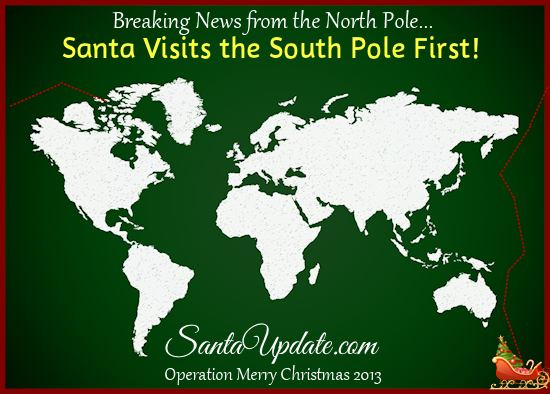 Elf Quinton was right. Santa wanted to surprise and he did. “It’s a brilliant move,” Elf Quinton said, “It means that by delivering to the South Pole first Santa has secrecy for his next stop to. It’s perfectly logical. Santa needs only to go north and he can go anywhere he wants and nobody will be sure where exactly that will be. It keeps him secure and gives him the element of surprise going forward. Santa sure knows what he is doing!”

This will begin to bring reports from all over the world of Santa’s visits. Watch closely now as Santa makes fast forward progress.