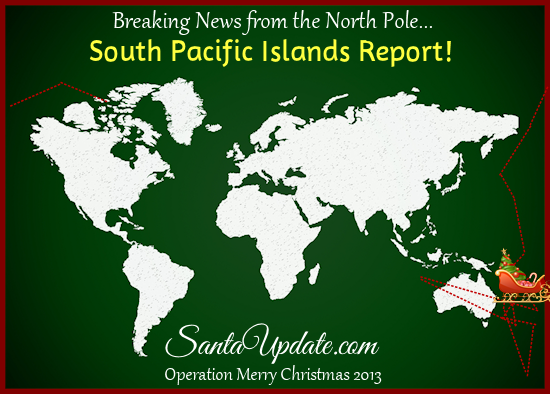 As bedtime warnings come in for the Koreas Santa continues to deliver in the South Pacific at this time. We are receiving happy reports from Tuvalu that Santa has been there, as well as from other islands of the deep South Pacific.

Some ships at sea are reporting that Santa can be seen flying high and heading north. We haven’t been able to confirm that with the Tracking Department, however, where they tell me that continues to track somewhere in the deep South Pacific. It could be that Santa wants to visit all of these islands now instead of coming back to them later, as he has done in years past.