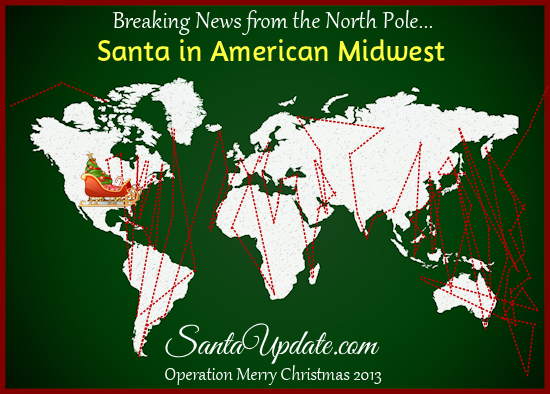 Santa Claus is in the process of covering the American Midwest and the list of cities reporting his visits there are just too many for us to point out. Chicago, St. Louis, Kansas City, Lincoln, Iowa City, Sioux Falls, Minneaopolis, Madison, Lansing, Toledo, Topeka, Oklahoma City, and Independence are just a few off the top of my head. Santa really appreciates the roof top lights from the neighborhood in St. Joseph, Missouri — you know who you are, all 9 homes there on Jules St — the clearly marked path and landing lights really helped Santa a lot and he appreciates it.