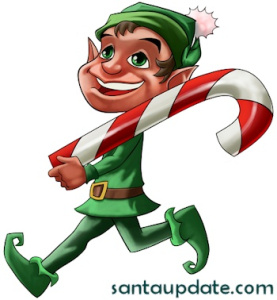 An interesting note was just sent from Elf Agent X in the tracking center. Santa doesn’t take flight for at least another 14 hours or so but already Elf Agent X is asking for more secret spies for Santa. This time, he needs them in Canada.

A secret spy is an elf, so you’ll have to go over to Elf Hq.com and register to become an elf, take Elf Oath, and then get busy reporting to the North Pole.

Santa needs secret spies everywhere but he REALLY needs them right now in Canada, for some reason.

Coming up next: Live report from Santa’s sleigh

Where it is Christmas Eve now: Jakarta

Listen to a kid in Nebraska interviewed about his landing pad for Santa: