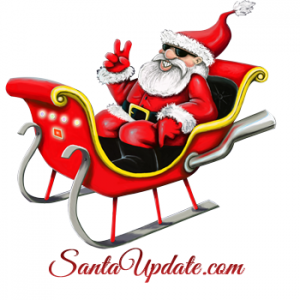 Hey everyone! For all the hubbub about the reindeer there’s another issue here that elves are afraid to discuss: Santa’s sleigh.

As we have shared with you before Santa set out to build his new sleigh this year all by himself. In fact, he kicked the sleigh builders out of the Research and Development Department and sent them to the workshop to make toys. He alone has worked on the sleigh these past many months.

But that sleigh still sits in Santa’s private workshop and it has yet to be flown – not even once has it taken to the skies.

That has some elves nervous because by now Elf Vernon or one of the other test pilots would be out testing the sleigh to make sure everything works.

I haven’t seen the sleigh but some tell me it isn’t even painted yet – so it could not be taken on a test flight even if Vernon could get his hands on it.

This looks like another matter that elves will just have to be patient about and to just trust Santa to resolve.

I asked the North Pole Radio News department to take a look at the sleigh and to file a report. You can listen to that via the player below.

Santa Yet to Test His New Sleigh

Where are the reindeer?

School at the North Pole
Scroll to top