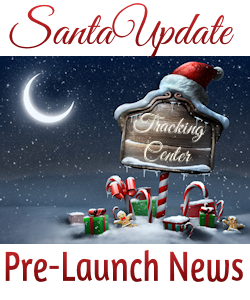 It’s another high-water mark moment of the Christmas season – North Pole Radio News Christmas Eve Tracking of Santa Around the world is now LIVE on the air.

Our exclusive coverage begins when it is Christmas Eve somewhere in the world and at this moment it is officially Christmas Eve day in Samoa.

Not only will you hear from Elf Crash Murphy, Santa’s eye-in-the-sky reporter that chases Santa around the world but the North Pole Radio News Team has anchors spread all over the world this year:

And, of course, anchoring at the North Pole is Elf Frank Myrrh.

This news team of elves will work over the next 50 hours to bring you news updates every 15 minutes interviewing eye witnesses and elves who are working in the effort.

You won’t want to miss a minute of it!