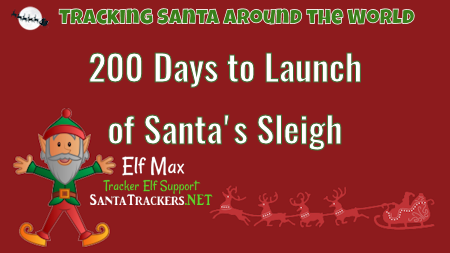 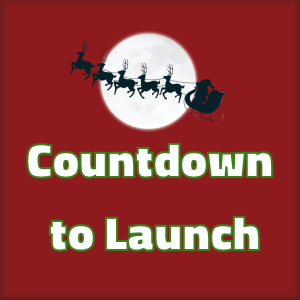 Hey Everybody, Elf Max here with a brief update. There are only 200 days left until Santa launches from the North Pole.

That makes today a very important day on the calendar.

As Elf Ernest shared with you a few weeks ago, the Tracking Center at the North Pole is getting a remodel. But that doesn’t mean the work of the Tracking Department is waiting. Elves are everywhere getting ready.

Santa’s sleigh has been in a design quagmire for months. After meeting with Santa last month they finally settled on a new design that they think will give Santa higher speeds and better time this year. They will be working on a flying prototype in the next few weeks and we are hoping for a first test flight during our Christmas in July celebrations.

That will mean that at least a few reindeer will be called back from vacations so that those flights can happen.

We are all excited for the Christmas in July celebrations as well because it will be then that Santa tells us how many elves will be needed for tracking Santa for Santa this year.

What about you — do you want to be an elf?

6 Months Until Christmas
Scroll to top