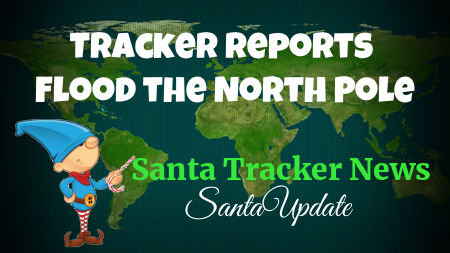 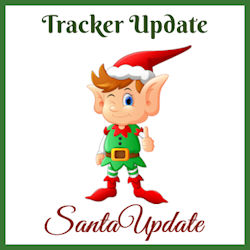 A week from today we’ll be talking a lot about tracking Santa and counting down the time to launch.

So why then is the North Pole being flooded today with tracker elf reports? I’m guessing because there are a lot of excited elves out there.

Sad to say, these reports are not doing a lot of good right now. I’ve been asked to talk to you guys, especially those new elves out there, to see if we can’t calm things down a little bit and get trackers working on what could be more important right now.

I talked a bit to North Pole Flight Command about what kind of reports tracker elves could send in right now that would be helpful.

They indicated that any reports that focus on the general neighborhood of where the tracker lives would be appreciated. Santa needs to know if there have been new power lines installed, or new homes built, or other physical changes to the neighborhood in general.

Taking a look at roofs and chimneys is a good idea at any time.

But honestly just about any other kind of report — the weather, the traffic, etc — is not going to do any good because those conditions are going to change a great deal between now and when Santa actually flies.

Elf Roger Star, International Director of Tracker Elves, told me that a tracker right now might be well served to come up with a written plan of action for next. Decide when to arise and when to retire. Good rest, Roger says, is critical to being a good tracker.

He said as well that time this week to prepare what he calls a “solid home tracking center” is well worth the effort. Such activity would include making sure you have a good chair, a steady Internet connection and bookmarks in your browser for all the websites you plan to use, including SantaTrackers.net.

He emphasized having plenty of water, some things to snack on and a meal schedule planned in advance. You might want to have some binoculars if you have them handy to use for manual observations outside your windows.

The work of tracker elves is exhausting. You need to best be able to respond to the North Pole’s call for certain kinds of reports. You can see a list of them at this link, if you are a registered tracker elf.

We have a long week and an even longer weekend ahead of us, friends. Let’s work smart!

Get Your North Pole Radio News

An Update on Donner
Scroll to top