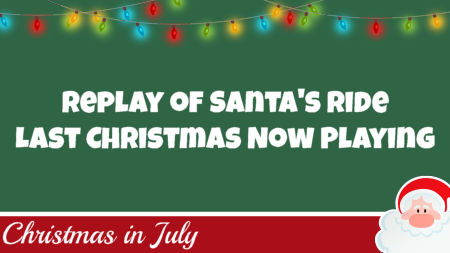 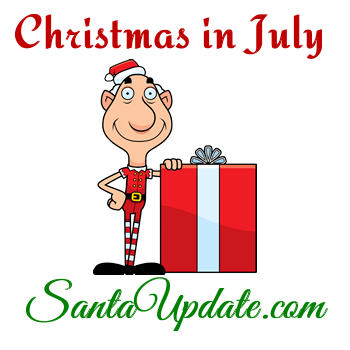 It’s party time at the North Pole as elves have gathered together with their pillows and sleeping bags at the North Pole Community Center. They are holding a little listen party to Kringle Radio’s replay of Santa’s flight around the world.

You can hear it too. It’s in the player down below (click on Santa) or you can also access it via this link.

This is a big deal here at the North Pole. Most of these elves work in one way or another in the hours before and after Santa’s launch and they do not get to usually hear this program. So it is a North Pole tradition as part of Christmas in July to gather together to listen. Kringle Radio graciously makes it happen for the elves every year. They get very excited for it.

For them, the possiblity of hearing perhaps their name or department on the radio is a big deal. They also listen for the names of their friends.

Many elves are friends with those on the North Pole Radio News team and they love to hear them report on Santa’s flight around the world.

This is a campout of sorts, too. The radio broadcast covers Santa for almost a full day before he launches until returns to the North Pole. That’s 50 total hours of commercial-free Christmas music and radio news. More than two days!

So elves are here, eating snacks, drinking eggnog and having fun together as they listen.

We understand Santa and Mrs. Claus will be joining the party at some point, too. This could be interesting because Santa usually only hears this when he flies the sleigh. And, as you know, he is usually busy with a lot of stuff as he goes around the world. It might be interesting to hear what he thinks of all this.

A lot of great elves put a good deal of work into this broadcast. We hope you enjoy it with us.