More reports coming from the islands of the sea, most recently from Kiribati, just north of the coast of Australia. We’re also getting spotty reports from naval vessels along the Australian coast that claim to have seen Santa in the skies.

Elf Agent X has asked Santa’s Secret Spies in Europe to check in and to make a specific check of their neighborhoods. He suspects there may be trouble there later on Santa’s flight.

So far, all seems to be going very smoothly for Santa. 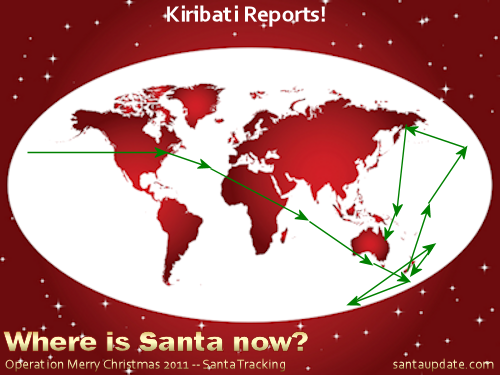