Santa is back in the air and making great time with a team of fresh reindeer. We don’t exactly know where here is headed yet but expect new reports shortly.

Lots of kids in other areas of the world outside of the delivery zone are sending in email in record amounts to the North Pole. In North America especially we’re hearing concerns that Santa won’t make it there later tonight.

Have no fear folks. Santa is right on time and doing well.

One common question we’re getting if Rudolph and Comet and the other reindeer of the A-Team will be back on duty for Santa’s flight. The answer to that question is YES, they are merely taking a bit of a break. Santa uses them for most of his flight but is being very careful to see that their health is protected this year. 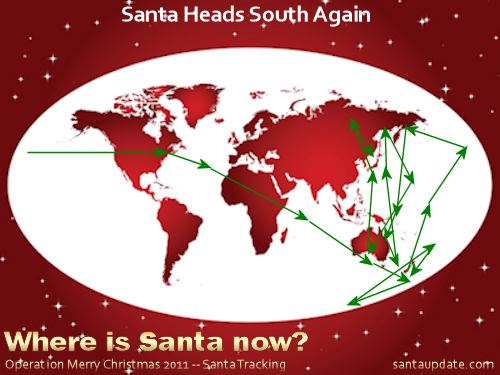