Santa’s earlier visit to Japan was just a look-see but there’s no doubt about it now: Santa has been there. We’re getting reports by the hundreds from folks all over Japan who are excited and grateful for Santa’s generosity.

Santa seems to be moving now with new energy. We’re getting reports from more ships at sea, from islands large and small and it appears he’s far further south than we thought just moments ago.

At the North Pole Christmas party a cheer went up when the speedometer on the sleigh approached the record speeds that Santa posted when he first took flight earlier this evening. Boy, Santa’s moving fast! 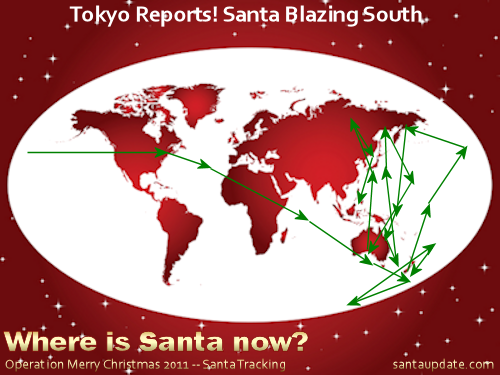