Reports coming out of Kabul are saying that Santa has been there. Military outposts are reporting Santa came into Kabul low and extremely fast. Rumors of him being accompanied by several other sleighs have not been confirmed. Please stand by for more information. 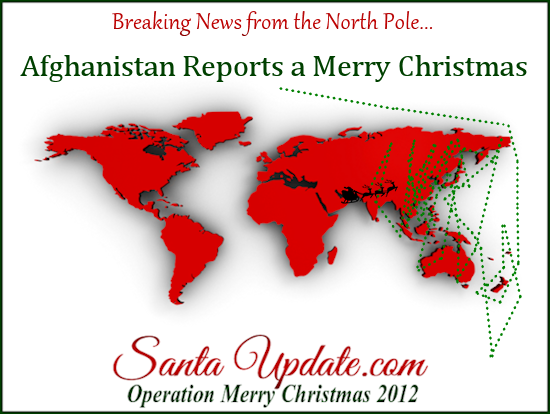 Kids in these places should be in bed by now:
East Africa
Bulgaria
Hungary
Belgium
Finland