Way up north by the Arctic Circle above northern Russia a flaming vapor trail was just reported moments ago. Unless someone fired a missile or a rocket that has to be Santa Claus. If the reports are true — and we believe they are because we’ve been in constant contact with military sources from many nations — it can only mean Santa has been to Kazakhstan and many remote areas of Russia recently.

I am attempting to get a report from the Tracking Center but I still cannot get past the lockdown. They are following my updates from inside there and hopefully someone in there can slip us an update with more information. 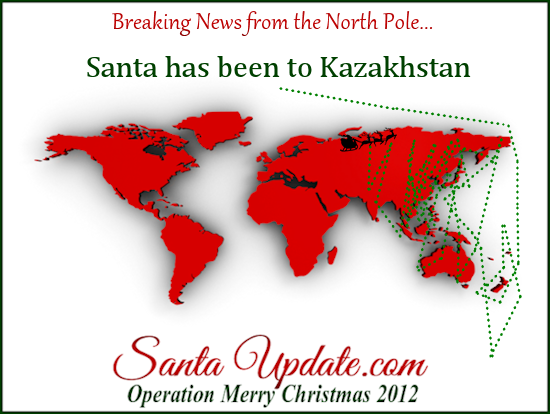 Kids in these places should be in bed by now:
North Africa
East Africa
Bulgaria
Hungary
Belgium