Vorkuta, a city in Russia, has reported a Merry Christmas in the past little while. We are receiving reports of Santa all over the place, but most of these are unconfirmed at this time. Hopefully more news will be available soon. 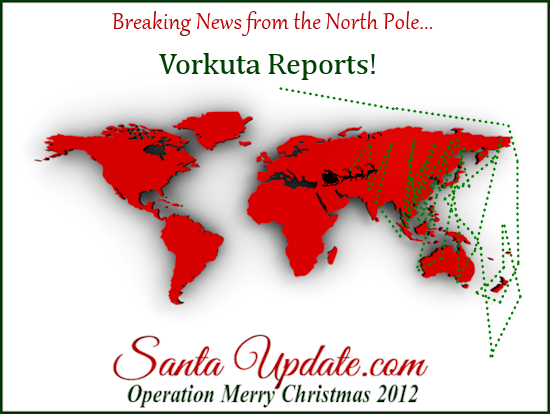 Kids in these places should be in bed by now:
All of Europe
All of Africa
East Africa
Bulgaria
Hungary