Santa’s sleigh has been declared under a special security alert. That does NOT mean something is wrong with Santa or the sleigh. It means that for some reason we cannot know exactly where he is or what he is doing at this time. We are entriely dependent upon world reports now of Santa’s visits. We expect this to be only a temporary situation. We can confirm that Delhi has reported in the last little while. 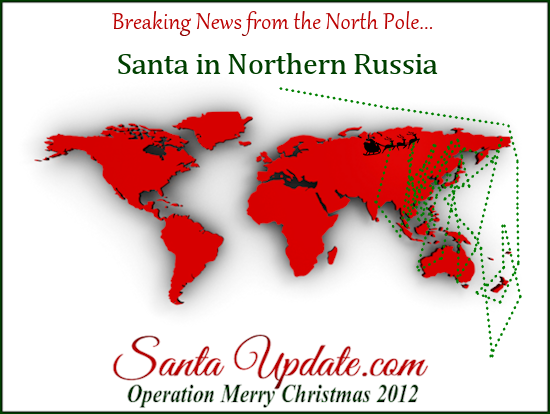 Kids in these places should be in bed by now:
Bulgaria
Hungary
Belgium
Finland
Ukraine